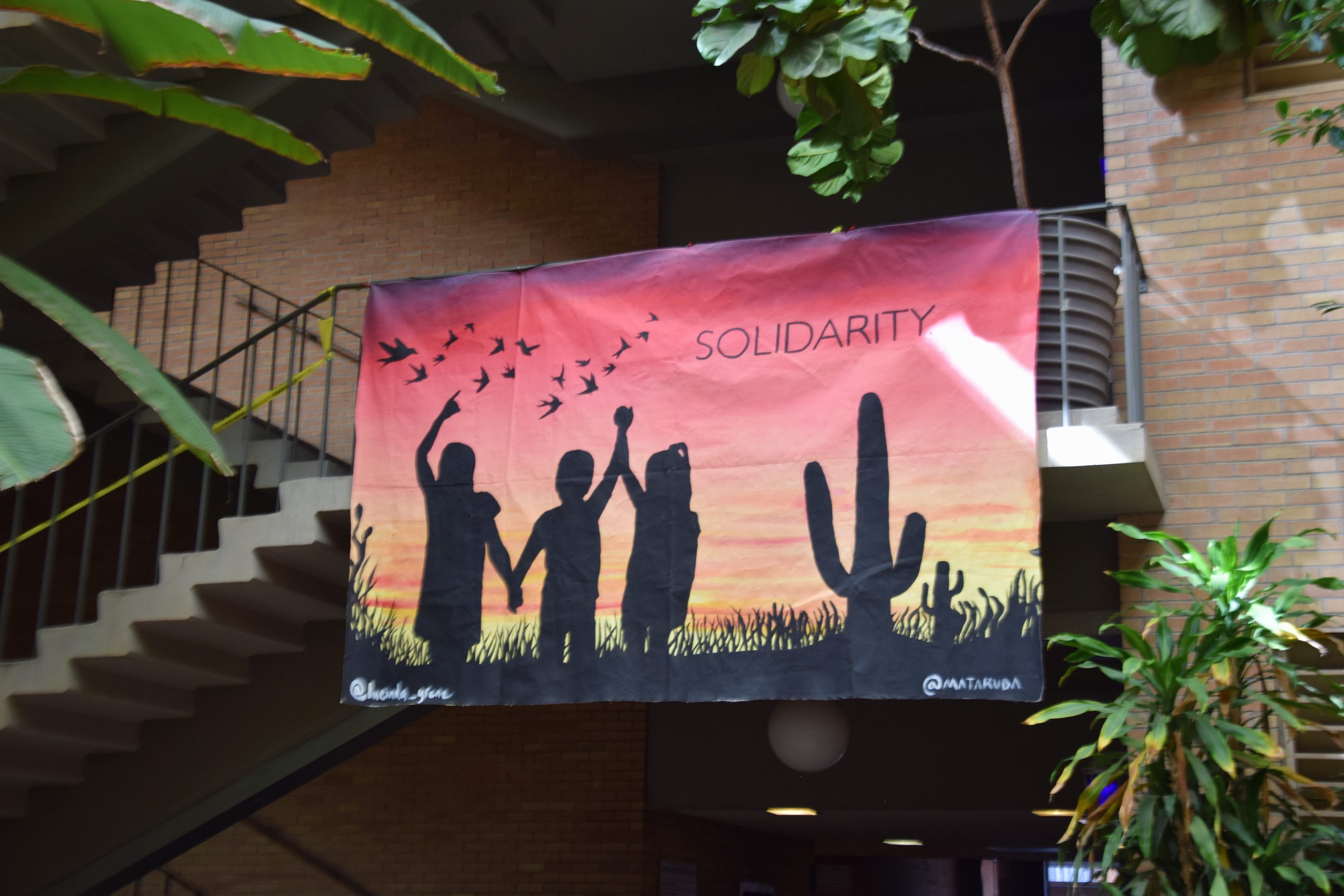 In Honor of Earth

Thanks to all who attended our  virtual forum, In Honor of Earth.  If you missed the panel (or would like to watch it again), a video link will be posted to soon.

Dr. Roca-Servat is a scholar-activist from Latin America. She is associate professor at the School of Social Sciences and a researcher at the Territory Group of the Universidad Pontificia Bolivariana in Medellín, Colombia. She is part of the Alternatives to Development research line with special interest in issues relating to water justice and alternatives to extractivism. Together with students, activist and independent researchers she created the Political Ecology and Water Justice Study Group in order to work in the intersections of scholar-activism, politics-science and academia-environmental movements. Additionally, she is a researcher of the International Alliance for Water Justice and co-coordinates the Political Ecologies of the South/Abya-Yala Working Group in CLACSO. She was also a student leader of Local to Global Justice while a PhD student in Justice Studies at ASU.

Dr. Sailesh Rao has over three decades of professional experience and is the Founder and Executive Director of Climate Healers, a non-profit dedicated towards healing the Earth’s climate. A systems specialist with a Ph. D. in Electrical Engineering from Stanford University, Dr. Rao worked on the internet communications infrastructure for twenty years after graduation. During this period, he led the transformation of early analog internet connections to more robust digital connections that also ran ten times faster, at 1Gb/s. In 2006, he switched careers and became deeply immersed, full time, in solving the environmental crises affecting humanity. Dr. Rao is the author of two books, Carbon Dharma: The Occupation of Butterflies and Carbon Yoga: The Vegan Metamorphosis, and an Executive Producer of four documentaries, The Human Experiment (2013), Cowspiracy: The Sustainability Secret (2014), What The Health (2017), and A Prayer for Compassion (2019). Dr. Rao is a Human, Earth and Animal Liberation (HEAL) activist, husband, dad and since 2010, a star-struck grandfather. He has promised his granddaughter, Kimaya, that the world will be largely Vegan before she turns 16 in 2026, so that people will stop eating her relatives, the animals. He has faith that humanity will transform to keep his pinky promise to Kimaya, not just for ethical reasons, but also out of sheer ecological necessity.

Chispa Arizona Digital Organizer Jess was born in Prescott, and has lived in Arizona their entire life. They are second generation living in so-called ‘United States’– their grandparents migrated to the United States in the late 1950s from Basúchil, Chihuahua, México, a small pueblo in the mountains, where their ancestors grew food and herded goats. Through personal and academic experiences, Jess has been able to articulate the intersectionality of environmental issues. Their passion for environmental justice work comes from many parts of who Jess is. From growing up in lower-income communities that are disproportionately impacted by environmental racism and the climate crisis, to their Indigenous ancestors whose knowledge and experiences flow through them like water.